All Collections
Getting Started
Sub Assets

In this article, we want to take a quick moment to talk about Sub Assets.

The actual instances of those used in the game and of a specific scene are called Sub Assets. Sub Assets can be found in the Tree Panel on the left, beside the Assets Panel.

Sub Assets can have different properties. Lets take these two boxes for example. When you select the smaller box, it will automatically highlight which sub asset it is on the Tree panel. And you will see that it has a different scale than the larger box as seen on the right panel. 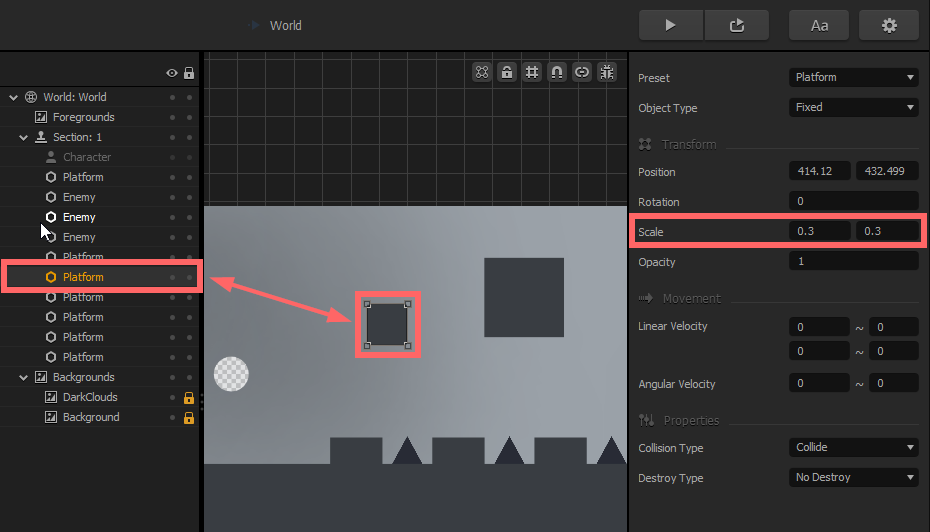 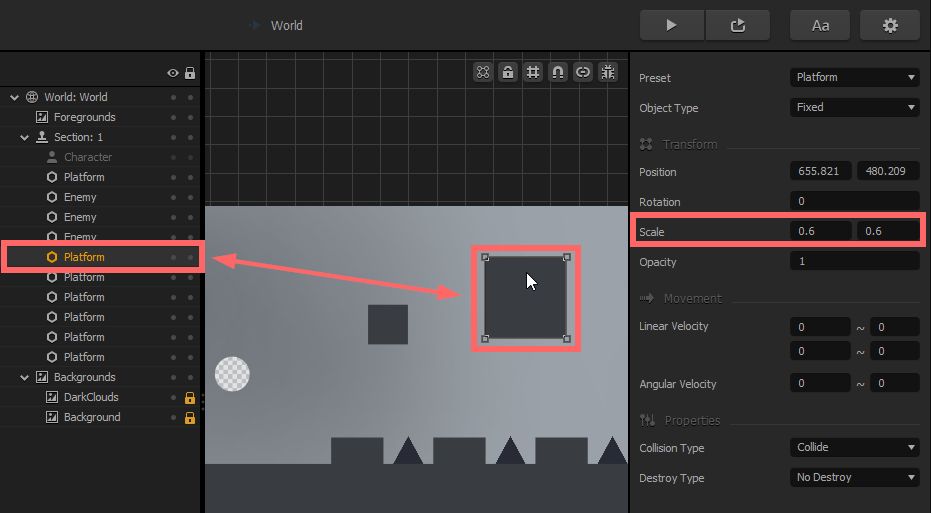 Sub Assets can also have different functions. On the upper part of the options bar, you will find the presets available for the Sub Assets. You can set it up as one of those depending on the game that you are working on.

Below are the description of each setting.

Platform: this is a non moving object that is often used for a platform for the characters to walk on.
Physics Object: this is for an object that you want to obey the laws of game physics. It will move around, bounce, etc and respond to forces acting on it.
Enemy: this is an object that will kill the character on contact, and can be killed by attacking it.
Enemy Bullet: similar to the above, this will spawn copies of itself at intervals.
Character Bullet: this will spawn copies of itself at intervals. All copies produced will kill the character on contact.
Decoration: this is used for scenery. It affects nothing, is affected by nothing. Its job is to look good.
Wheel: as it sounds. Used for wheels including wheels attached to the character. 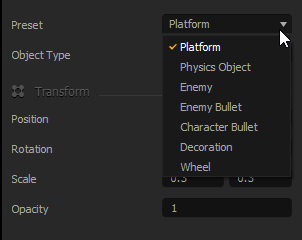 Next we see the Object Type. You can either choose between Fixed or Physics object. 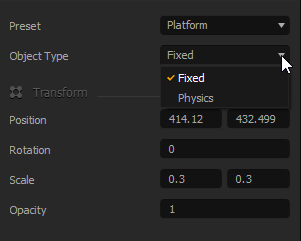 Now if you want to accurately change Position, Rotation, Scale and Opacity, You can manually enter a value on the options panel.

You can also move object by putting a value on Linear Velocity and Angular Velocity.

You can also change the Collision and Destroy Type of your Sub Assets here.