All Collections
Getting Started
Controls

In this article, I will show you two of the most used control function in Buildbox. 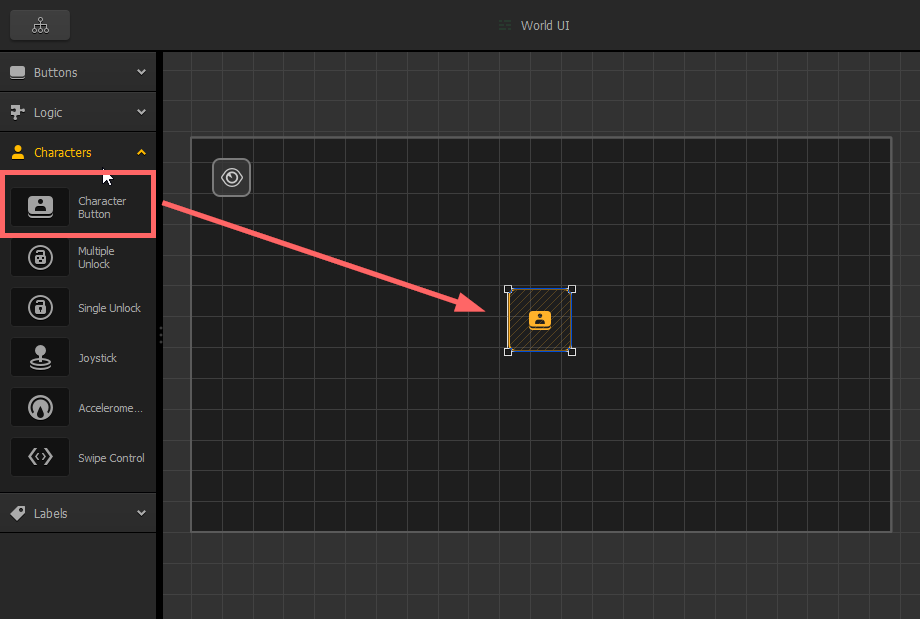 From there you will be able to edit its options.

Name: internal name for your reference only. Appears on the
layout area.
Position(x,y): location on screen.
Rotation: the angle the button is on.
Scale(x,y): how the image is scaled.
Opacity: how transparent the button is.
Image: PNG dropbox for standard image.
Image Selected: PNG Dropbox for image when pressed.
Locked Image: PNG dropbox for locked image.
Locked Image Selected: PNG Dropbox for locked image when
pressed.
Autohide: number of seconds to show before hiding.
Stick to Edge: button will stay on the edge of the screen when
scaling is done for different sized screens.
Function:
No Action
Motors Spin CW: clockwise.
Motors Spin CCW: counter clockwise.Jump
Shoot
Rotate Left
Rotate Right
Move Right
Move Left
Move Up
Move Down
Unlock Random Character
Component Action
Click Sound: sound made when pressed.
Release Sound: sound made when button released.
Block Touch Through: If this button is in front of another button, do NOT pass the touch through to the buttons behind.
Keyboard Key: This allows you to add/redefine a keyboard control. It works the same way as the game-wide keyboard controls

In a Platformer game there are 3 Character Button set up. Move Left, Move Right and Jump. Let me show you how to set it up.

Here is how you do it:

You also have the option to make a special button that you desire. To do that you have to select Component Action as the Function and from there you have to set up an Advance Move for your Character. See article for Advance Move. 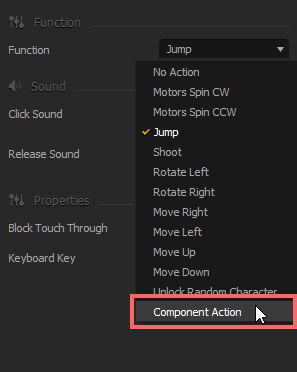 Joystick allows you to have an on-screen joystick.
To create one, drag the Joystick button from the left onto the game-field. 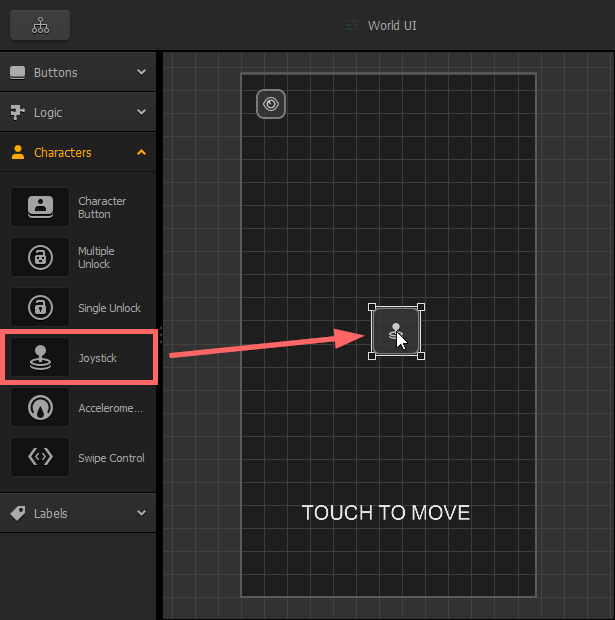 Resize and place as appropriate to whatever portion of the screen you want the joystick control to be available. 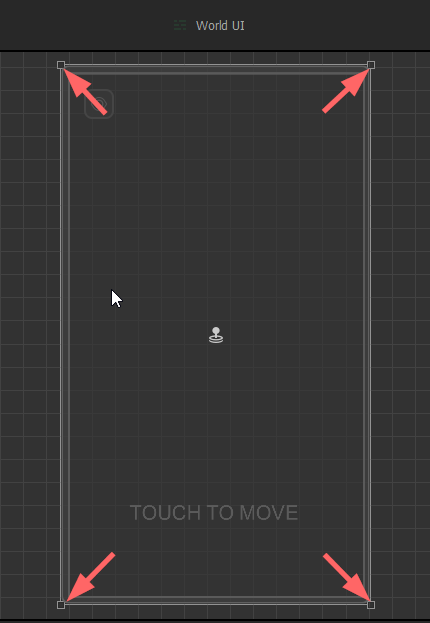 The following options are available for Joystick:

Position(x,y): where on screen to place it.
Rotation: has no effect.
Scale(x,y): determines how big the joystick is.
Opacity: how transparent the button is.
Sensitivity: a value of 1 will mean the character will move at the same speed as your finger. A smaller value will see less movement. Eg 0.5 will move at half speed, and 2 will move at double your finger speed.

Absolute: you drag your character around the screen.
Relative: Works like a standard analogue joystick. The more you move from the center position in any direction, the faster you will change to move in that direction. 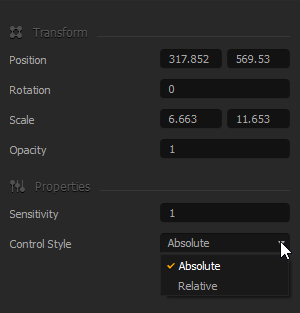 Default Portrait is one of the default games which uses Joystick.