In this article, I will show you how to use the Logic Pieces found in the Assets panel.

Let us use the below illustration as an example.

The enemy shown below has a Linear Velocity of 2 which means it will continue to move forward.

Let us try to put a new Transform Logic and use a different setting. Instead of using Replace as the Affect operation, we will use Add

Here is what it looks like when we preview.
The enemy adds .7 in scale and sends it back to the other direction since it has a Linear Velocity of 6.

Portal and Gatekeeper are 2 sister Logic pieces that can be used together or separately.

In the illustration below, i have dragged 2 portals to the scene editor 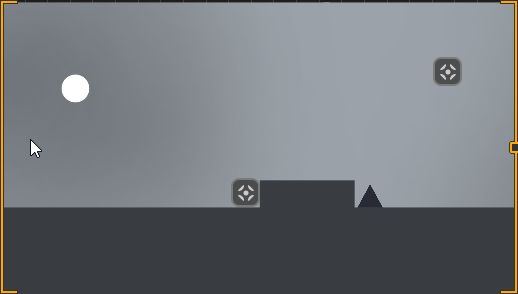 Here is what it looks like when we preview our game.

You can also modify the settings of the portal to teleport a larger character by changing the scaling.

Or you can add more portal to duplicate or multiply your character. You can do this by pressing either W,A,S or D. 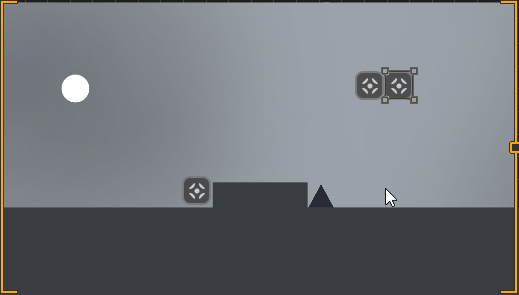 If you want to add another portal on a different scene, you can do so but make sure to use a different set of Group ID for it to work.

At this point we can use Gatekeeper to minimize the number of characters. 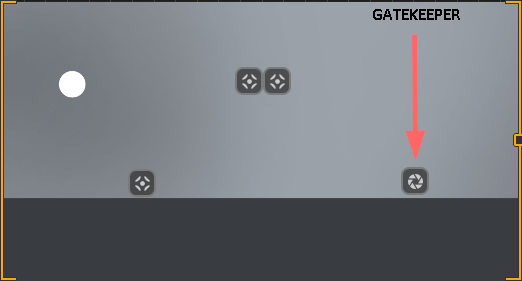 We will view this illustration in Debug Mode so we can see what actually happens in the preview.

A Path Logic piece can force character or object follow its path.

If we drag a Path Logic piece to our scene editor, we will have the option to create a path for either our character or any object to follow.

Lets look at the below illustration.

The + sign lets you add joints and the small circles let you control the direction. 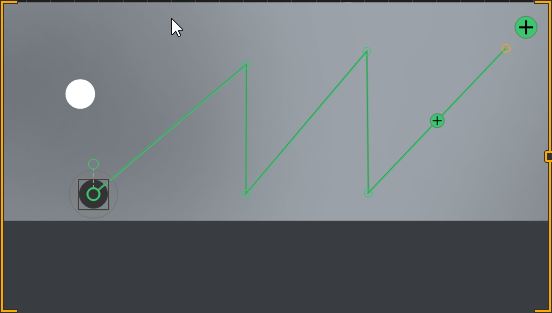 The Menu Jump is very easy yet extremely powerful tool. This will allow you to jump to any world or menu. Here is how it works

After dragging a Menu Jump Logic piece in the scene editor, edit its name to something like secret world. Also remember that this logic piece is invisible so you may want to add a decoration or a particle emitter to it.

Then from there we can go back to the Menu Editor and you will notice that you have a port for secret world.

No all you need to do is to create your Secret World. To do that, you can right click on the grid portion of Buildbox and select

Once done, rename the newly created world to Secret World and then connect the port from your regular world to your secret world.