In this guide, I will show you how to create an endless game. 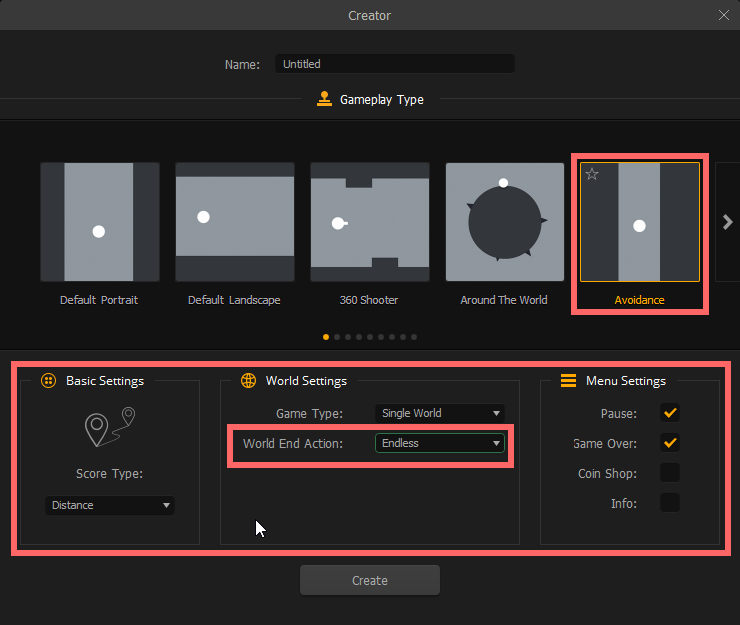 After clicking on create, it will take you to the game world where you have the start and the first scene. 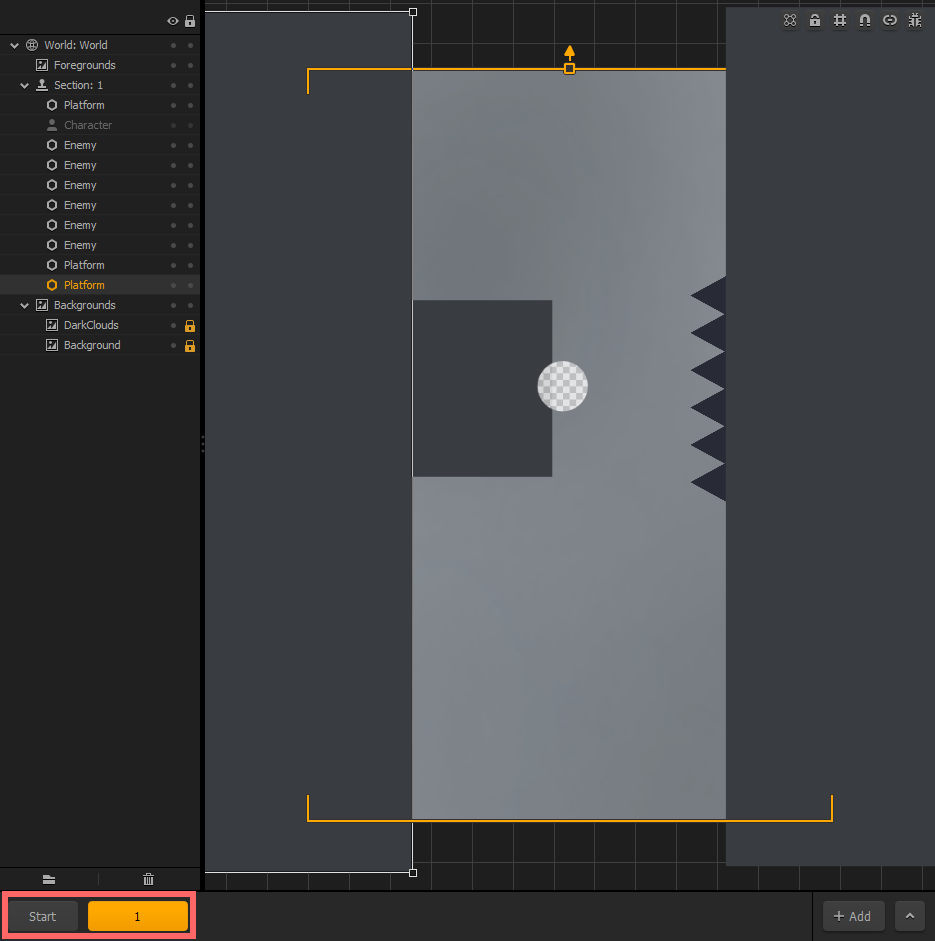 But when you preview by clicking play button on the upper right hand side, it will already keep on going endlessly until you die in the game.

So it is up to you how to keep your game fun and exciting for your players.
One of the first thing you can do is to duplicate your scene by selecting your scene then press D on your keyboard. You can make as many scene as you want depending on the plan you are subscribed with.

Or you can click the add button to create a new scene.

When testing your game, you can select a specific scene to test by pressing S. A blue line will indicate which scene is available for testing.

You can also manually put a scene on mute by pressing M. A red line will indicate if a scene is on mute.

A shorter way to preview the selected scene is to click the preview scene button. 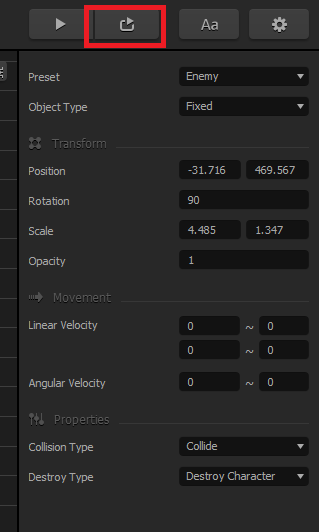 To edit the orders of the scene, you can click on the arrow button to reveal the time line editor.

Here you can see the start scene and the duplicates that we have added.
In the image below, you will also see that the scenes 1, 2 & 3 are overlapping. This will cause our game to generate the scenes at random.

We can quickly change the order of the scenes by going to the edit menu and selecting align scenes. 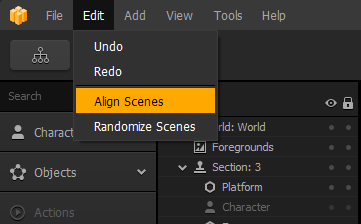 Now the ending point of the start scene ends at the beginning of the next scene.

We can easily continue building our game by duplicating scenes and making it a different experience for our players by rearranging objects in the scene. All you need to do is drag the objects to another location.

You can also create a scene with larger enemies  by clicking and dragging the corners of the box shown in the illustration below. 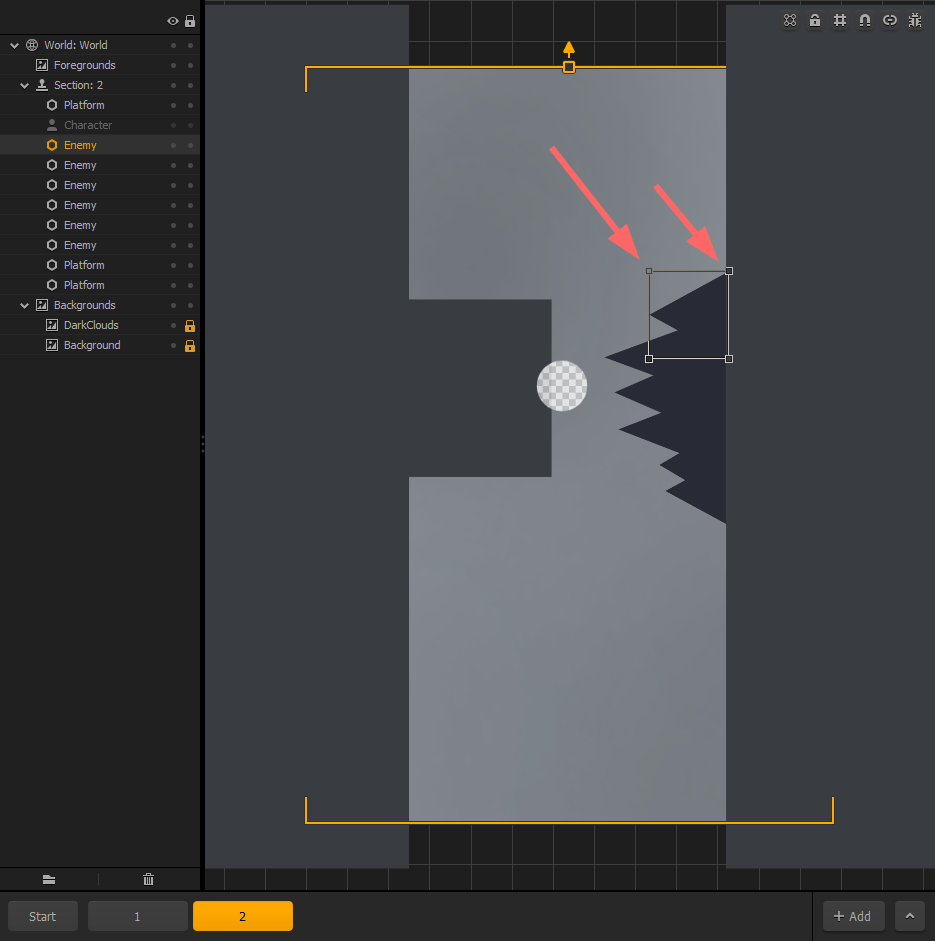 You can also add a new enemy to make it more fun and exciting. To do that you will have to drag an image or an animation sequence (if you want an animated enemy) to the Object portion of the Buildbox wheel. 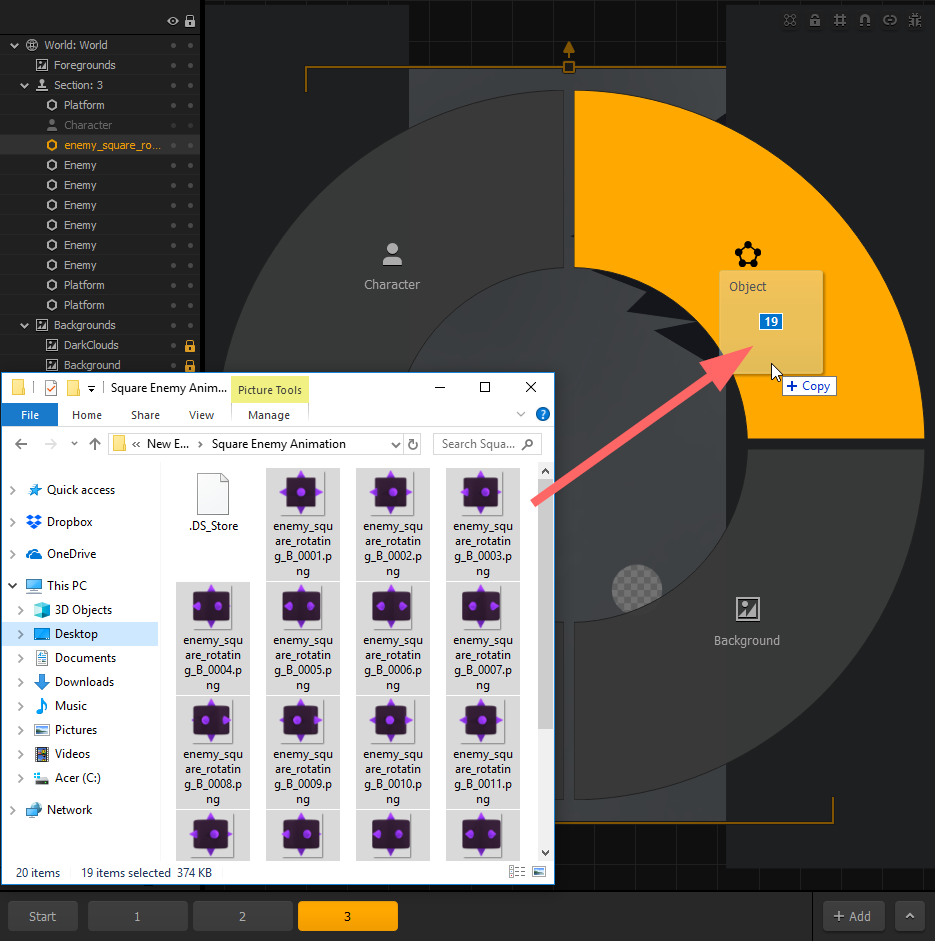 You can also add movement to your enemy by putting numbers. Let me explain those field in the next illustration. Keep in mind that you also have to select Destroy Character in the Destroy Type field. 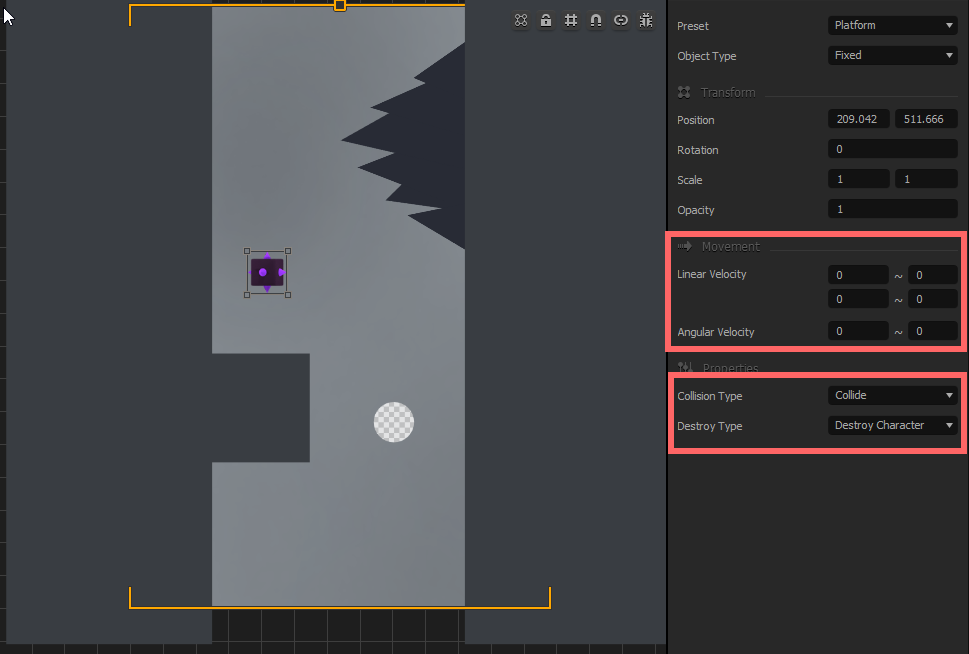 Angular Velocity puts the object in spinning motion, but when you put a number in the Y axis, it creates and orbit motion. The higher the number the smaller the movement.

The second column is a randomizer. If you put 10 in it, it will randomly select a number from -10 to 10 every time the enemy appears.

Another option you may want to consider is Adding a Component to you Enemy.
While your enemy is selected, you can click on Add Component found in the lower right hand portion of Buildbox. You will have an option to between Wake up and Spawner. 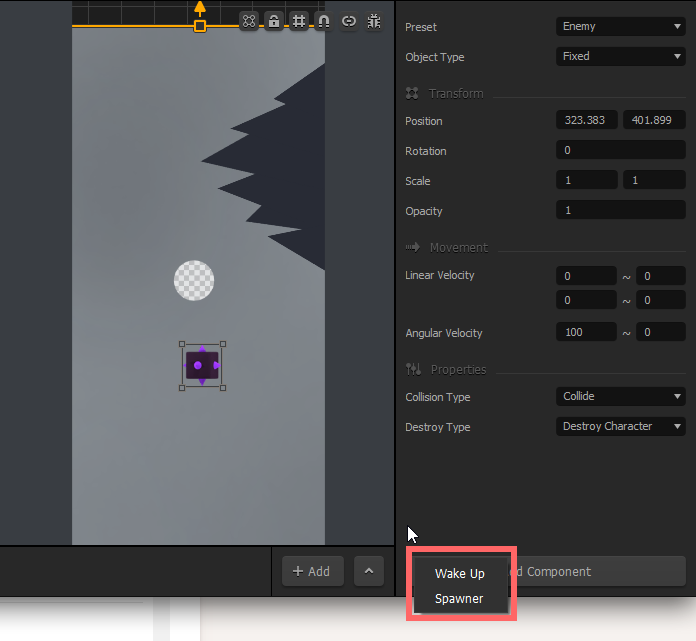 Wake Up Distance is measured in pixels as well as Sleep Distance. 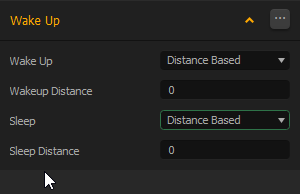 Spawner Component creates a duplicate of itself every number of second indicated in the spawner rate.